Coming soon: A 1791 travelogue of Muscogees in the Okefenokee Swamp.

July 4 – Two main points in the federal lawsuit that seeks to jump-start an application to dig a strip mine near the Okefenokee Swamp contend the Muscogee Creek Nation has no business in an issue that should be resolved under the Trump administration’s rulings on the Clean Water Act rather than rulings by President Biden’s administration.

A federal lawsuit seeks to overturn a ruling from the U.S. Army Corps of Engineers that delays reviews of a permit application for a mine near the Okefenonkee Swamp. Credit: Georgia EPD

The lawsuit directly challenges an order from Biden’s administration that the tribal nation be brought into the permitting process for government-to-government consultation, and that the permit be reviewed under current rules on the Clean Water Act – rules that supersede those of the Trump era.

The lawsuit does not appear to raise any issues that would relate to the Supreme Court’s June 30 ruling in the case West Virginia v. EPA. The ruling in that case, written by Chief Justice John Roberts, overturned some administrative powers of the EPA to regulate emissions from the nation’s electrical power plants.

The order that's being challenged was issued June 3 by the U.S. Army Corps of Engineers, which has oversight of many aspects of the nation’s waters. Twin Pines Minerals, LLC, the company that wants permission to extract titanium from a site a short distance outside the swamp, filed its lawsuit June 22 in the U.S. District Court’s Southern District of Georgia, in Waycross. Twin Pines names the corps and corps officials including the one who issued the ruling that halted the permitting process for the mine – Mike Conner, a civilian serving as assistant secretary of the Army in charge of civil works. Conner’s appointment was approved by the Senate by a 92-5 vote.

Conner’s ruling rests on a memorandum from President Biden’s administration titled “Tribal Consultation and Strengthening Nation-to-Nation Relationships,” which prescribes “robust consultation with Tribal officials in the development of Federal policies that have Tribal implications.”

Twin Pines’ lawsuit makes its position plain in the introduction of its case. The lawsuit contends Conner, identified as ASA in the paragraph below, has no authority to order the Muscogee Creek nation be brought into consultations about the permit, nor does the corps have authority to withdraw Approved Jurisdictional Determinations that were granted during the Trump-era rulings on the Clean Water Act. The lawsuit states:

Note to readers: This is the sixth in an emerging series of stories on our Common Future. Click on the Journalism tab, at the right, to read previous stories: Supreme Court on EPA; Paddle Georgia ’22; Former Savannahian helped curb plastics in national parks; Mike Dobbins on creative housing funding; Okefenokee and the Senate. The new site is almost complete. 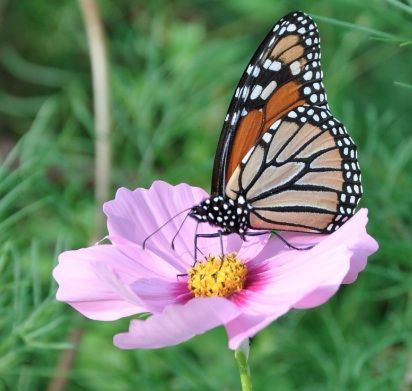